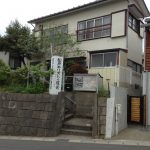 This past Sunday (May 7) we worshiped with the Matsudo church of Christ. We went by train which took about two hours one way. Since this was the end of Golden Week (three consecutive holidays plus a weekend), the numbers were down. But we gathered around the Lord’s Table together remembering Jesus’ sacrifice that had brought us together as the body of Christ. 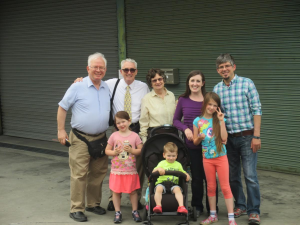 Steve Carrell, a missionary for 35+ years, spoke from Philippians 2. Leslie Taylor, a missionary for 5+ years, led our thoughts before communion from 1 Peter 2:21-25. Both of these will be leaving Japan at the end of June to return to the states. Steve’s wife, Debbie, died in 2015, and he will return to Abilene where his son and family live. Leslie along with Sara and their three children will return to her hometown in New Hampshire to begin a photography business. Photography is Leslie’s hobby. The church at Matsudo will then be without a full-time worker.
After worship, we had a time for tea and sweets as we visited together. There was a couple visiting from Kyoto. Steve had officiated at the wife’s father’s funeral a year before. We learned that one of the members had been baptized at Hitachi Christian Camp when she was a middle school student. We had been at that camp just two days before. It is encouraging to see one who has been faithful to that confession of faith so many years before.
We took the Taylors and Steve to lunch at a local ramen shop. Josephine talked with Sara about re-entry into the U.S. culture. Steve had been downsizing and packing for his return. The Taylors were doing the same.
By the time we returned to Tachikawa, we had been out for almost twelve hours. We were still a bit tired from camp. 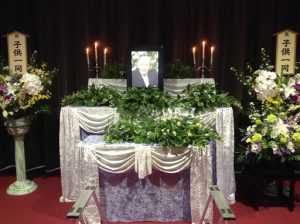 Monday (May 8) we were invited to accompany brothers Obata and Fukushima to attend the funeral service for a faithful member of the Oigawa church in Shizuoka. Brother Hayakawa was 91 and had been a faithful member of the Oigawa church since his baptism in 1958. He had been a school teacher and also served as principal near the end of his teaching career.
We left about 7:00 a.m. for the 3+ hour journey from Tachikawa to Yaezu, Shizuoka. We arrived just in time for the funeral. Brothers Kawasaki and Ueda, minister and representative for the church, led the funeral. We had congregational acapella singing. That is always such an encouragement. 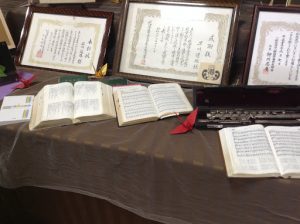 Unlike Buddhist funerals, people could understand what was being sung and said. Usually, the Buddhist priest is the center of the ceremony chanting from the Sutras which no one can understand. The verse brother Kawasaki used as a center of his remarks was John 11:25-26. “And Jesus said, ‘I am the resurrection and the life. Even though the one who believes in me may die, yet he will live.'”
We sang “What a Friend We Have in Jesus,” “God Be with You Till We Meet Again,” “Nearer, My God, to Thee,” and a Japanese hymn. The first line in that Japanese hymn says (if I understand the Japanese correctly) “as I look up to the Lord, my old self leaves this transient world.” The singing was very good. The eldest son, as well as two great-grandchildren, shared remarks. Before and after, there was time for us to greet people from the Shizuoka area.
After paying respects to the deceased and his family, we left as the family went to the crematorium. This is usually the custom in Japan. The family will visit until the remains are ready to be placed in an urn for later burial.
We began our journey back to Tokyo. Both on the way down and back, we were able to see a snow-capped Mount Fuji. It was very hazy due to sand having been blown in from China, but the mountain was still beautiful. The view from Shizuoka is different from the one from Yamanashi.
Brother Obata dropped us off near Costco where we met Noriko Fukushima. We did a bit of shopping. Rather than eat hot dogs and pizza at Costco, the Fukushimas took us for kaiten zushi, conveyer belt sushi. It was definitely a better choice, and we had all you could drink green tea! One more wonderful day. 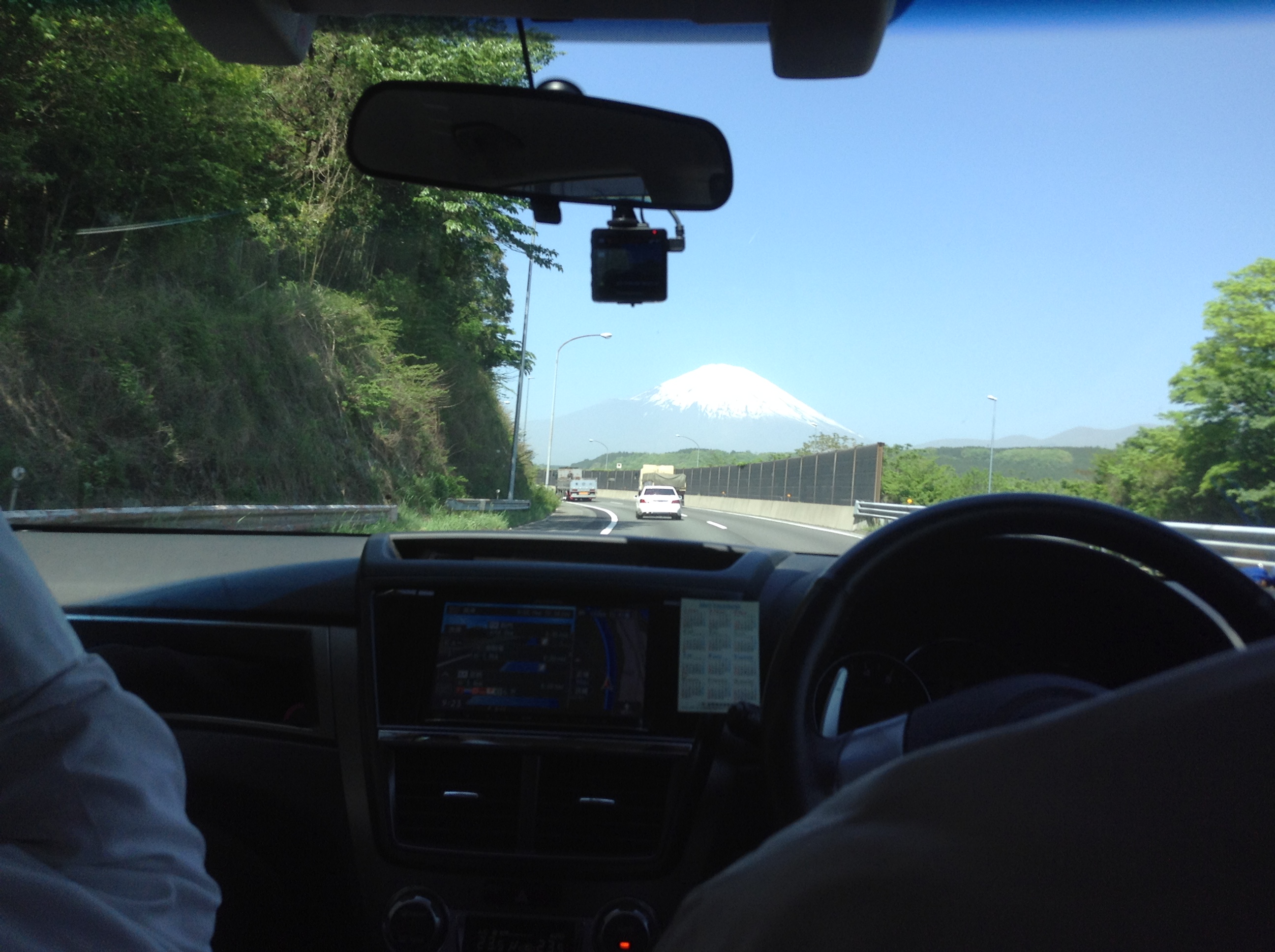