As I begin writing this report, we are three days away from leaving. I’ve delayed writing this because of our schedule of activities, but must finally put an account of the last six weeks of activity. 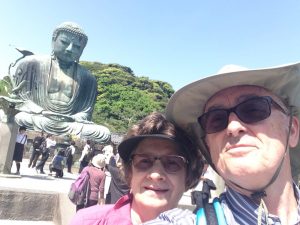 Josephine and I took an overnight trip to Kamakura and Enoshima. This was the location of government in Japan between 1192 and 1333 and also the period when Buddhism spread and particularly Zen Buddhism. It is the home of the Daibutsu (Great Buddha) which was cast in about 1252. Enoshima is an island just off the coast of Kamakura. It has been a resort area for Tokyo and Yokohama for many years 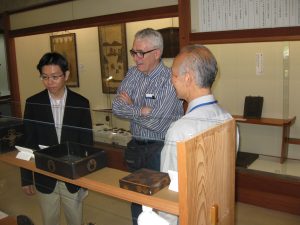 The next day we went to the museum for “Hidden Christians.” Following WWII, Miki Sawada (1901-1980) founded the Elizabeth Saunders Home to help American-Japanese mixed-race children. She fought much prejudice and opposition from the community for her work. This caused her to become interested in the “Hidden Christians” who were persecuted when Christianity was outlawed during the Tokugawa Era (1601-1868). She set about collecting many articles associated with Christianity when it was introduced into Japan in the mid-sixteenth century and later outlawed and persecuted. She would retire to the room where these items were kept for prayer and meditation. Like these earlier persecuted Christians, she gained strength to continue with her work with these children in spite of opposition. She was a member of the Anglican Church. 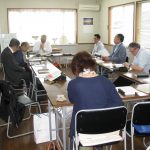 We worshiped with the Shirosato congregation May 14. This is a small congregation started by Jim and Noriko Holmes. They operate an English school. The next day we met with several ministers at Matsudo. This is always a time of encouragement.

The following Sunday we worshiped with the Haruna church. This congregation was started by Shiro and Rumiko Obata after he retired from his work with the Ochanomizu church in Tokyo. The church is composed mainly of women. The church is involved with the community and has a good reputation for service. The Obatas continue to work with those displaced by the March 2011 earthquake and tsunami in Northeast Japan. 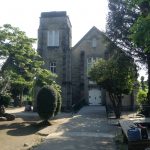 While with the Obatas, we visited the first Protestant church started by Japanese in Annaka, Gunma. Joseph Neesima (Niijima) went secretly to the U.S. in 1864 near the end of the Edo Era. While in the states, he became a Christian as well as graduating from university and seminary. He is the first Japanese to receive a bachelor’s degree. Upon returning to the Annaka area, he converted others, and they formed the Annaka church in 1878. He later moved to Kyoto and in 1875 started what later became Doshisha University. 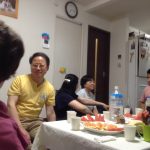 We were able to attend a house meeting at the home of brother Oh and sister Ryu. He is one of the elders of the Ochanomizu church. Most of the year they host a gathering in their home on the last Saturday of the month. I shared a lesson from Psalms followed by a fellowship meal together.

I took a break from preaching on May 28. We went to worship with the Ochanomizu church. They were surprised to see us. One of the older members took us out for tea that afternoon. It was a beautiful day in Tokyo.

We took brother Nao Fukushima and his wife, Noriko, out for breakfast for his birthday, May 29. They both are wonderful hosts for our times in the Tachikawa church’s dorm. Their apartment is down the hall from us. We rely on them for many things during our stays.

The first two Sundays in June I preached at the Tachikawa Church. The commute is great – from the third floor to the first floor. These lessons were in a series Nao Fukushima is preaching from Chronicles. The first had to do with giving based upon the gift giving for the building of the temple by Solomon. The second was about the new temple of the Holy Spirit, the Christian, based on God’s Spirit filling the temple after it was built and purified. 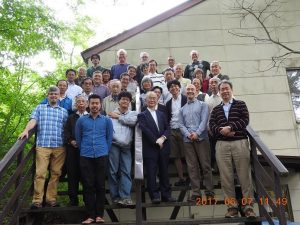 Most of the weekdays for the previous four weeks were spent in preparation for the All Japan Ministers’ Meeting June 6-8. I was assigned to speak on women’s roles in the church. I began preparations in early February when I received the topic. I finally began to write down my thoughts and study ending up with seventeen typed pages. The next task was to translate that into Japanese so it could be corrected. This was finally completed the day before we left for the retreat. The presentation seemed to accomplish what was wanted. I will now check the Japanese and add footnotes so it can be published as a record of the meeting. Brother Ikeda, who preaches for the Megumi Christian Church in Kobe, also made a presentation discussing trends in the Christian Church. 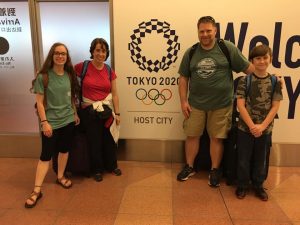 Upon returning to Tokyo June 8, we met the Fowler family at the Palace Hotel in Tachikawa. They will stay in Japan for two weeks. Rachel lived in Japan from age three to twelve while we were missionaries. Clay and Rachel worked on a Let’s Start Talking effort twenty years ago before they married. Both Anna and Benjamin have had some Japanese language classes in school. This was an opportunity for Rachel to share some of her growing up in Japan with her family. But that’s for another report.

Grace and peace in Him, Dwight