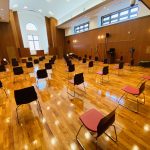 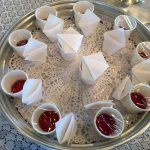 For the past twenty-three years, Josephine and I have made our way to Japan to minister to churches and encourage those ministering there. We had planned on going in the spring this year as we had done in 2017 to attend events that we usually can’t attend with our late summer early fall trips.

But this is 2020. The year of the Corona-19 Pandemic. Starting in mid-March things began to shut down and countries began closing their borders to tourists and other visitors. Japan was one of those countries. Because of that our plans went on hold hoping things would improve for a late summer-early fall visit. It soon became apparent that we were not going to be able to go at that time either.

The pandemic has stopped so many things here and in Japan. The weekly meetings for congregations stopped immediately and they scrambled to provide some type of worship via Facebook or Zoom. The April 29 meeting of churches on the campus of Ibaraki Christian University was canceled and made into a zoom meeting. The June all Japan ministers’ meeting was also canceled. The Japan School of Evangelism’s fall lectureship was also canceled. These and other events are important times of fellowship and learning. 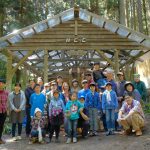 The May work camp for Hitachi Christian Camp was canceled as was the camp sessions later in the summer. Camps and retreats for individual congregations also had to be canceled. All normal routines were changed with no hope of quick restoration. 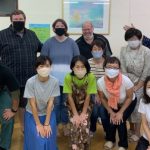 McDowd’s (back left) first Sunday Back at Kojima church

Two missionary families were prevented from returning to Japan. One finally was able to return in September but was quarantined for fourteen days. The other family is hoping to return by year’s end.

Prayers for a fall trip this year have turned into prayers for a spring 2021 trip, April-June. There are indications that restrictions on tourist travel to Japan may be eased in the spring. While cases of the virus are below those in the U.S., it is still a concern in such densely populated areas such as Tokyo. We pray that restrictions will be eased so that we can safely go in spring 2021. At this time, all we know is that God is in control and we try remotely to make contact with and encourage those in Japan as we are able.