Grace and peace to you all in the name of our Lord Jesus Christ!

And Happy New Year! We hope that 2022 has started off well for you. May the Lord be near to you each day no matter what the year may hold.

We start this newsletter off with joyful news of a new brother in Christ. On Sunday, January 16, Matthieu Toyama was baptized into Christ at the Matsudo church. 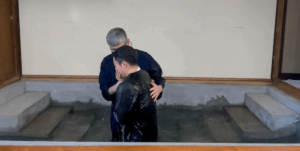 We are so grateful to God for this blessing! We mentioned Matthieu in our previous newsletter, so you may remember some of his story. However, this has been such a display of God’s provision and grace that we want to share that again in more detail.

Matthieu is what the Japanese call “half,” which would probably be very offensive in the U.S., but is simply the word used here to refer to someone who has one Japanese parent and one foreign parent. In Matthieu’s case, he is Japanese-American but has spent the majority of his life here in Japan.

Matthieu called the church building in the middle of worship in early December while Leslie was preaching. Normally, no one would have answered the phone, but by God’s grace, our sister Nao went to the office and answered. Although Matthieu knew he wouldn’t arrive until after worship was over, God had been pulling on him enough that he decided to come anyway. Thankfully, also by God’s grace, the day he called was the day we were having the Christmas party for the Kids’ English Bible Class that Sara has been leading, so everyone was still at the building. When Leslie answered the door, to his surprise, Matthieu switched to natural English. We invited him in and began talking and building a relationship.

We learned that Matthieu had attended a Catholic international school here in Japan growing up, so he had been exposed to scripture and the basic elements of Christianity. He had been vicariously sprinkled, and during his college years in the United States, had also received a pouring-style baptism at an apparently cultish Korean church which he only attended that one time. A long series of events led him to begin searching again, and through his girlfriend who lives in Lithuania, it was recommended that he search for a Church of Christ, which led him to Matsudo. After several weeks of time together at our house and at the church building, we could see a genuine faith and grasp of the basic elements of the gospel. We had a final study discussing the gospel, the meaning of baptism, and what it means to be a disciple this past Saturday night, and Matthieu was baptized into Christ on Sunday after worship.

As you can see from the story, this was completely God’s provision and is completely to his glory. It is also a literal answer to our prayers as a church. We are thankful that God allowed us to play a small part in Matthieu’s story.

Of course, as important and joyous as this is, this new chapter of Matthieu’s life has only just begun. We want to continue discipling Matthieu and see his faith increase and deepen. We request your prayers both for Matthieu and for us as we seek to grow together in Christ and make more disciples together. 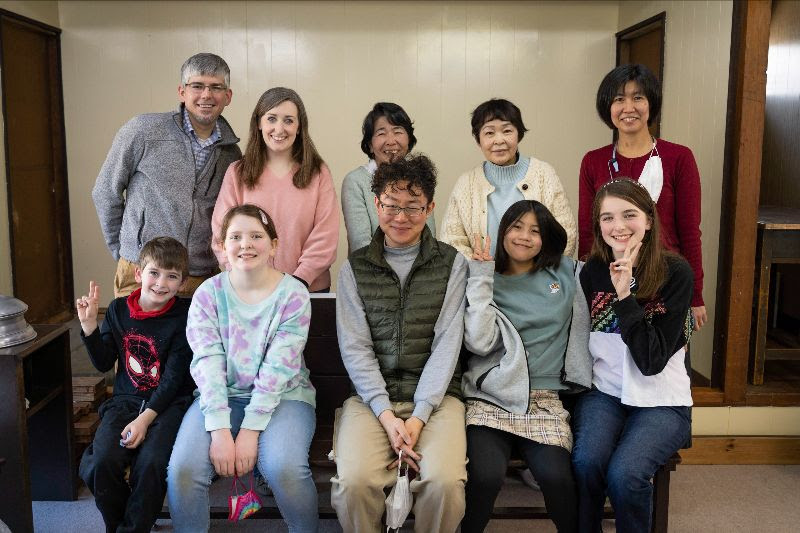 A group photo with Matthieu after his baptism.

Matthieu has been the main story here recently for us, but there are several other things going on as well this month.

We mentioned in a previous letter that Leslie has joined the Japan School of Evangelism as a teacher, and will probably be teaching a few short courses this year at some point. The yearly opening meeting for JSE was held this month, and Leslie was invited to speak about our family’s experience coming to Japan during the covid pandemic. It was a joy to share how God has provided for us during all of this—opening doors that we could never open, preparing support and help that we could never produce, and so much more beyond what we ask or imagine! We look forward to continuing this relationship with JSE and hopefully being a blessing to this valuable work.

Unfortunately, this month, as we have seen across the globe, the omicron variant has been spreading rapidly after several quiet months. Although the numbers here are still much lower than other locations, we have seen a big increase, which will likely lead to more speed bumps in the coming weeks. Our sister Sanpei has already been dealing with the impact, as a number of people have tested positive at her kindergarten. As of yet, she has not tested positive herself, but the stress and burden on her during this time is significant, so we ask for your prayers for her as she strives to lead her school in the light of Christ during this.

We also ask for your prayers that our congregation will continue to be able to meet as we have. We are grateful that the Kids’ English Bible Class is going to continue after we asked the parents for their thoughts. Please pray that will be able to continue. Most of all, we ask for prayers of protection over our members, and prayers that the Matsudo church is able to be bold in our work while being protected from anything that would have a negative impact on our influence in the community. 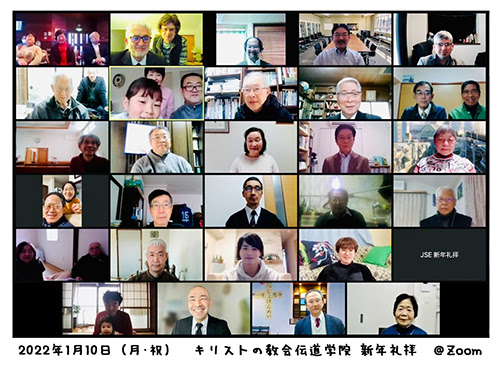 The January JSE meeting was held on Zoom. We look forward to when in-person gatherings are once again possible.

On a personal note, we’ve had a busy several weeks to start the new year. On New Year’s Day, we partook in a tradition called “hatsuhinode” (pronounced: ha-tsu-he-no-deh), which is simply the first sunrise of the new year. Many places where you can see the sunrise are busy that morning with crowds coming out to watch together. We find it is a wonderful way to start the new year and enjoy getting to do that together as a family.

On January 5th, Leslie and Sara celebrated their 15th wedding anniversary. We were able to take the afternoon to go out to the Chiba coast, see some lighthouses, and eat at Outback Steakhouse for dinner (there are just a few in the big cities here, and one is just about an hour away by car). God has been so gracious and good to us, and we are thankful for each year together he has given us. We pray that our marriage would glorify him and serve his kingdom for many years to come.

On January 6th, we celebrated Madeleine’s 11th birthday. She had several friends over, and our family friends the Kobayashis came to celebrate together as well. We are so thankful for all the friendships the Lord has poured into our children’s lives here. Madeleine was especially thankful that we got a big snow on her birthday. It usually snows once or twice a year here, but the accumulation of more than an inch is relatively rare. What a great birthday gift for Madeleine, and what a wonderful Father we have!

As you remember our work in prayer throughout 2022, here are some things we would love for you to remember: 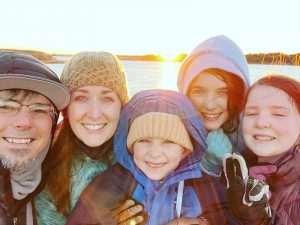 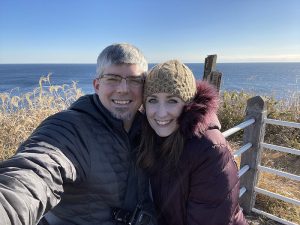 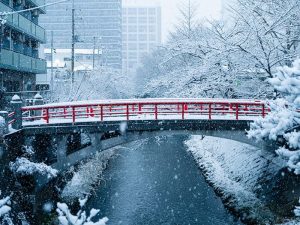