This letter is from Bob Hesselrode. 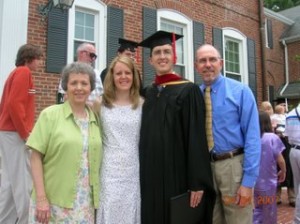 I received the generous check from Park Ave. on Tuesday and gave it to the elders Wednesday evening.  They were most appreciative.  It was meaningful to us to see the pennies in the ‘cents’ column of the amount.  We know some little hands put in some coins.  What a blessing to us and what a good learning experience for them.  As you can imagine, we have received money from several sources.  The elders have stated that the money received for storm relief will be kept separate from our normal funds so it can be applied to specific storm-related expenses.

We are just now beginning to receive utility bills for the past month.  They will be inflated considerably to pay for all the overtime and supplies needed to get Kennett ‘powered ‘ back up.  I don’t know how many power poles were broken in Kennett, but there were over 9,000 poles broken in this two-county area (Dunklin & Pemiscot).  Poles, wiring, transformers, sub stations, plus labor… you can imagine the expense.  The President has just declared it a major disaster which makes available monies for some this, but much of the extra expense will be borne by the citizens of Kennett.

We anticipate some of our older members needing help with their utility bills.  Another expense for our older residents is tree and limb removal.  This may sound trivial, but Kennett to a significant extent has been deforested.  I heard of one family being charged $4,000 for tree removal.  For the younger it is a physical challenge to remove the limbs littering their yards, but to the older residents it is an expense.  It is sickening to see the number of tree having to be cut down because of extensive limb damage.

As with Park Ave. the Slicer St. congregation boast of goods cooks and good eating, so when our facilities were the first in Kennett to receive electricity, it was a given that we would feed (and house) as many as we could.  As local merchants realized that they would lose their refrigerated goods, they began to make them available to us, so we had an initial surge of food with which to serve.  The first week or so we had families staying  in our facilities as well as the residents of local homes for the disabled and the mentally challenged.  We had about 150 cots occupied and some bedding that folks brought with them.

When the local American Legion Hall received power (a much larger facility) the Red Cross moved to that facility and took many of the families with them that had bee staying with us.  That made us primarily a feeding station, although we had some of our folks and some others sleeping in our facilities for a couple of weeks.  About this time other churches and organizations began to get power and began to relive us some in the area of meal preparation.

The Methodist, the Baptist, and the Presbyterians, as well as local businesses, e.g. Kennett National Bank, would supply one meal about every other day.  They would usually prepare it at their locations and bring the food to our place and serve it.  We would post who was providing the meal and try to step aside a little to let these other folks experience the joy of serving.  And, it really was a great joy.

A group even came down from SE Missouri State in Cape Girardeau, a caterer provided the main course and co-eds at the university baked some cookies.  We were privileged to serve our local law officers, firemen, and utility personnel as well as the National Guardsmen.  But we especially got close to the out-of-town linemen.  (After all they were the ones giving us back  our electricity!)  They came from other communities in Missouri as well as Kansas, Iowa, Minnesota, and Louisiana.

We got to know them well enough to recognize them as they walked in each meal, at least we could recall the names of their towns.  We had them write down the names of their communities, their addresses, the names of their wives and children (even their dogs), and posted them for anyone to write a note to their families.  Over the past ten days or so, these guys have gone back to their homes.  We served the last meal to them Sunday evening after services.  We decorated a little and had each one introduce himself (to applause) as he came to eat.  It was emotional to see them leave.

The Ice Storm of 2009 will be an event that folks around here will recall for years to come.  As one of our elders said, “The Lord has shown us who is in charge.”  How He has spoiled us.  Again, thank you for your prayers and support through this period.  We pray that the Lord has been honored by the efforts of us all.