Correspondences with Yuji, who is in Miyagi Prison

It has been a year and half since I began to correspond with Yuji. Last summer I visited him at Miyagi Prison. We have corresponded with one another at least once a month. This has been a long journey. I guess that situations in Japanese prisons are a little different from those in the US. There are absolutely no heating in winter and no air conditioning in summer in their rooms. Eight people stay in one room.

The worse criminals go to Abashiri Prison, which is the coldest prison in Japan. It is located in north Hokkaiko, just next to Russia. I guess the weather is similar to Canada. Fortunately he is not there, but Miyagi Prison is also very cold in winter. He cannot receive blankets from outsiders, although I was going to send one. He wrote, “No use because I cannot received it.” Now winter is over. I suppose all the prisoners are relieved.

I asked him specifically the following questions: (1) Will you give up your philosophy of life and your ideas about life? (2) Will you accept the Lordship of Jesus Christ? That means, Jesus is your Boss. (3) Will you repent of your sins whenever you commit sins? (4) Will you give your life to Jesus Christ?

He wrote me back a long letter. I read it a couple of times. He explained to me what he thinks of his past, present situation and future. He answered all the questions “YES.”

While I was in the States, I was involved in a prison ministry. I studied with one guy for two years and baptized him. He was permitted to get out of the prison temporally. I am not sure that Japanese laws are so lenient toward prisoners. I need to find out.

Meantime, Yuji wants me to meet his mother and sister, who are living not far from us. He is very concerned about them. I hope they will come to study the Word. I pray that the Lord will guide them to the Right Way.

I would like to help students understand the essence of non-denominational Christianity. Of course, the primary goal is to preach Christ and the gospel of Jesus Christ.

I am getting busy with a full load. My attempt is not so popular yet among Japanese preachers because each preacher is very busy locally, I guess.

The Completion of the New Building 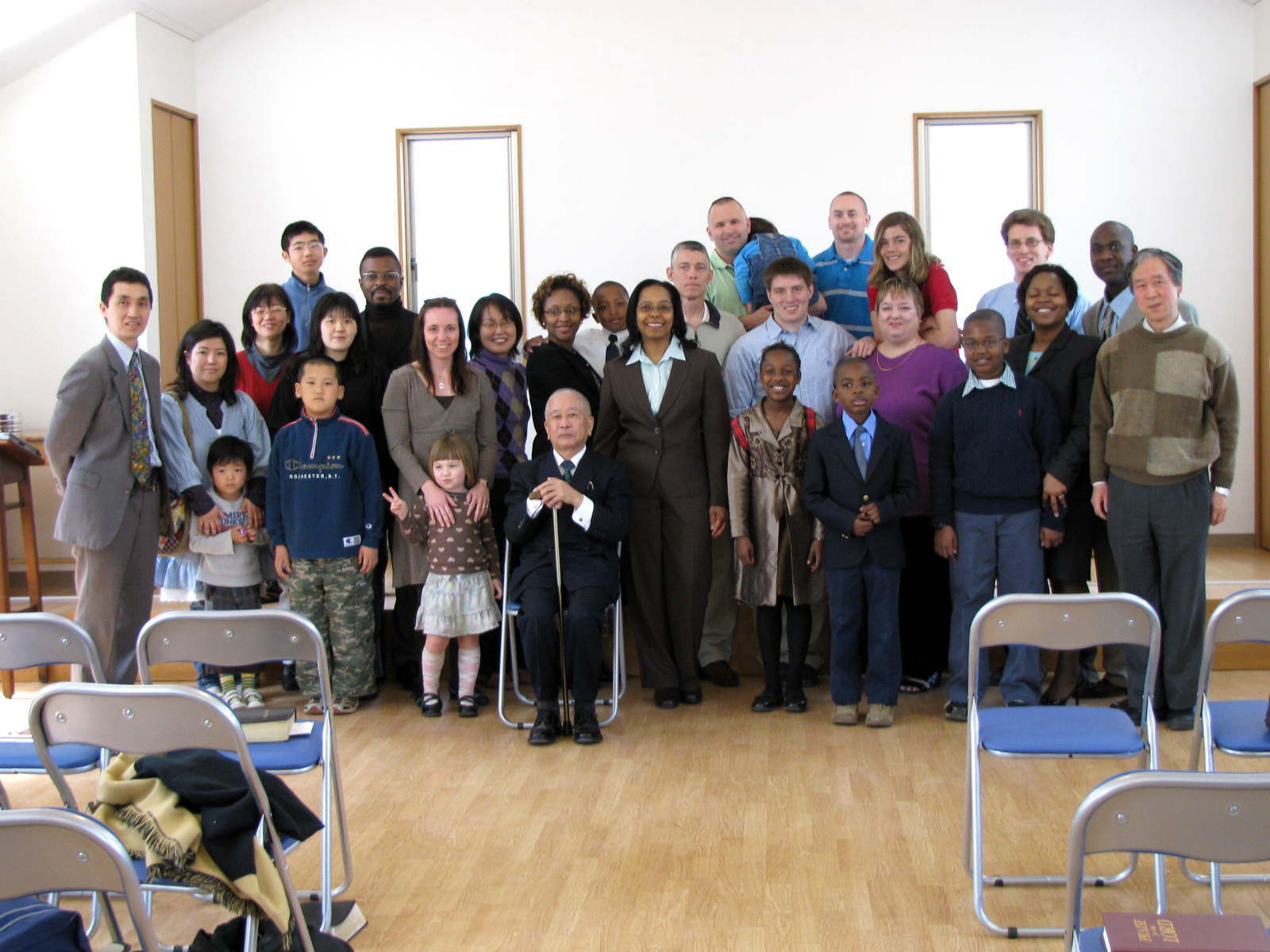 We had the first worship service at the new building on the 29th of March. It was a moment of God’s wondrous work especially for those of us who knew the old building.

Although that was an exciting moment for me, I believe this is the time we should truly repent and turn our lives to the Lord Jesus 100%. This is a time to pray to Him and rely on Him in every thing we do.

We have some Japanese who understand English. Others do not. We have decided to let them have freedom to attend an English Bible study and worship service. Meantime, I have a Japanese Bible study and a lesson for those who understand only Japanese. After the lesson, Japanese members go to the auditorium in order to take Lord’s Supper together with fellow American Christians. This seems to work well.

This also helps Americans and Japanese mingle together after the worship service even though they do not understand each other’s languages. We can use body languages and at least smile to one another.

The old man in the center of the picture comes regularly. He listens to an audio message on my site every day, which is very encouraging to me. Other members listen to it also.

Last Sunday 10,000 brochures were distributed with news papers in the communities around the church building.

This fall I will conduct a three day seminar on the Backgrounds of the New Testament, which covers historical and cultural backgrounds of the first century in the Roman Empire. I have been working on this seminar. Also next January I will teach Minor Prophets for the School.

In His name,
Masa Nonogaki