Every year on 29 April we have an Area-Wide Joint Worship service. This week is called Golden Week, because there are many national holidays this week. 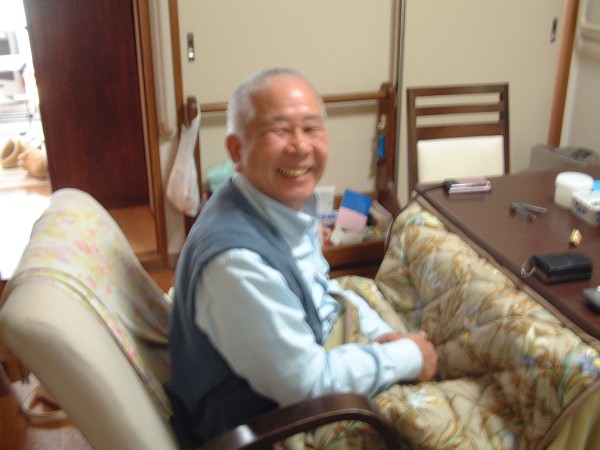 Tokunori, a 70 years old man, went with me. Jun Uzawa spoke for this occasion. His lesson was very applicable to him. One of his illustrations was as follows:

Tokunori is just like this man in the illustration. His company was bankrupted. His wife left him. His children will not come to visit him any more. It is providential, I think, that he listened to this message.

On a way back to Yokota, we talked about a lot of things and laughed a lot. That was a meaningful time for us. He knows his time is coming, (I mean death) so he has been seriously thinking about becoming a Christian. The Lord has been influencing his heart. 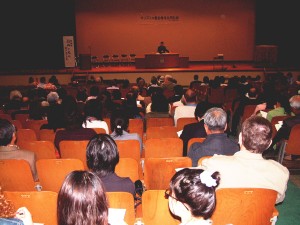 When he came to meet me, he was a bitter old man. He blamed everyone for everything. He had no hope, now he began to see the Light. .

The third student applied for a class. First, he was taking Intro to NT and later Intro to OT. Yesterday he called me and canceled the class. He sounded very nervous. I guess he just “chickened out.”

I would like to help students understand the essence of non-denominational Christianity. Of course, the primary goal is to preach Christ and the gospel of Jesus Christ.

Last week two more students applied for a class. At the present time, I am studying with three students through Skype. I wonder how many students I can take.

The Completion of the New Building

We had the first worship service at the new building on the 29th of March. It was a moment of God’s wondrous work especially for those of us who know the old building. 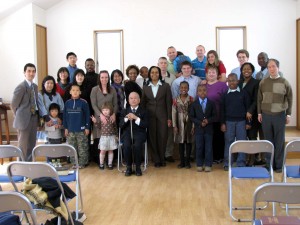 Although that was an exciting moment for me, I believe this is the time we should truly repent and turn our lives to the Lord Jesus 100%. This is a time to pray to Him and rely on Him in every thing we do.

We have some Japanese who understand English. Others do not. We have decided to let them have freedom to attend an English Bible study and worship service. Meantime, I have a Japanese Bible study and a lesson for those who understand only Japanese. After the lesson, Japanese members go to the auditorium in order to take Lord’s Supper together with fellow American Christians. This seems to work well.

This also helps Americans and Japanese mingle together after the worship service even though they do not understand each other’s languages. We can use body languages and at least smile to one another.

The old man in the center of the picture comes regularly. He listens to an audio message on my site every day, which is very encouraging to me. Other members listen to it also.

Last Sunday 10,000 brochures were distributed with newspapers in the communities around the church building.

This fall I will conduct a three day seminar on the Backgrounds of the NT, which covers historical and cultural backgrounds of the first century in the Roman Empire. I have been working on this seminar. Also next January I will teach Minor Prophets for the School.