Whatever Happened to Nice? 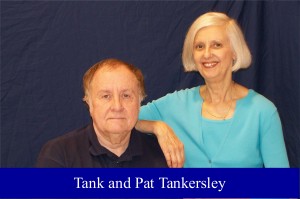 I’m standing in line to pick up a prescription at the drug store, and a “lady” old enough to know better walks in front of me as if I am not there and verbally abuses the pharmacist, demanding to see the manager.  She then marches off in a huff, loudly proclaiming to all who would hear, as well as to those of us who would just as soon not, how shabbily she’s been treated.  Have you ever noticed that those most eager to assert their rights are those most oblivious to the rights of others?

Pat and I are at the yogurt store, and this guy in front of us is berating the young man behind the counter because he hasn’t assembled the sundae exactly right.  Pat’s giving me one of those “don’t say anything” looks, and I’m chanting, mantra-like, “vengeance is mine (not Tank’s) sayeth the Lord.”

I’m at the laundry, and this “lady” is ranting and raving, eyes bulging, veins popping, frothing at the mouth, because all her dry cleaning hasn’t shown up at the appointed hour.  You’d have thought that someone had kidnapped her children (for whom I utter a brief prayer).

These are not isolated instances.  It seems as if every time I go to a restaurant someone is making a special effort to make life difficult for a waiter or waitress.

Whenever I encounter such unpleasantness, I think, “I hope he, or she, isn’t a Christian.”  Which isn’t what I mean, of course, for I would that all were Christians.  It’s just that I hope that a Christian wouldn’t act like that.  But do we?  I’ve had Christian friends tell me, “I gave them a piece of my mind,” “I told them that I wouldn’t put up with that,” “I demanded to see their supervisor,” and the like.  I don’t say a thing, but I have to bite my tongue, because I’m thinking, “And do you think God would approve of that?”

“Let your light so shine before men, that they may see your good works, and glorify your Father which is in Heaven.”  Would one, admittedly undramatic, way of doing this be to simply act courteously in a society that has obviously chosen to do it the other way?

But won’t this mean that people will take advantage of us?  Won’t they push us around?  Well, perhaps.  But Jesus permitted that, didn’t he?  And what if He had not?