Three weeks ago tonight (September 11, 9:00 pm, Japan time) Josephine and I arrived in Tachikawa. It does not seem like three weeks have passed, more like a week. 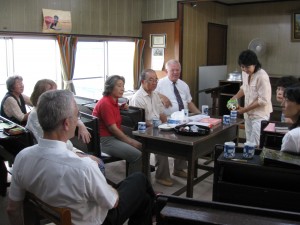 Fellowship with the Matsudo church following the assembly, Aug 23 '09.

The Sunday after we arrived we worshiped with the Matsudo church in Chiba Prefecture. Steve and Debbie Carrell are working with this congregation. They started about two years ago. My Japanese ability was a bit rough, but the fellowship following the assembly was very good. One of the members was a lady we knew from Motosu camp almost 25 years ago. The Carrells also took us to Costco to purchase some food for the duration of our trip. That was very helpful for us.

This week we finished the third of the four lessons from Joshua. I shared these lessons Sunday evenings with the Park Avenue congregation. They seem to have fit in just great for the Ochanomizu congregation. They will move into their new building the first of November. There have been from 18 to 20 in that class. We have one more lesson and then a two week break before the fifth lesson which will come from Psalm 19.

We have also shared these lessons with the Tachikawa church. That class moved to Thursday morning rather than the evening. Attendance has been very good for that with about 15 in each class. We have one member who listens to the class via Skype through the Internet. I am considering the topic of women’s roles for the fifth class at Tachikawa. 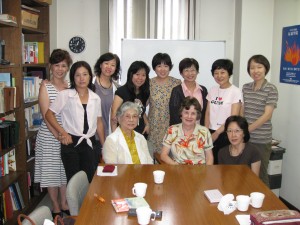 Josephine shared three lessons, two with the Ochanomizu ladies and one with the Tachikawa ladies. One class was for elders’ and ministers’ wives. That was very helpful for these ladies to have a better grasp of their role in the church. The other class was on the responsibilities of the dying. Several in each of the classes have been touched by the lessons and the discussion which follows. 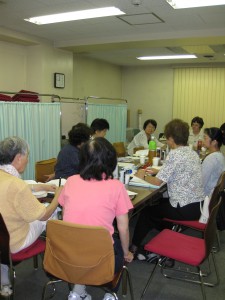 Tomorrow, September 12, we head up to Mito, two states over and about three hours by train. This is the second largest congregation in our fellowship in Japan. We hope to be at the building in time to participate in their outreach to the homeless. We have been told that they come together once a month on a Saturday to prepare a meal for homeless in the area. The meal is served from noon with a Bible lesson and fellowship. They also give out commodities. I will preach Sunday morning and also have a class for the Assistant English Teachers who are members of the congregation. I suppose they will expect me to use English.

Monday, September 14, is the ministers’ meeting in Yokohama. We will get to be with several ministers at that time as well as the new missionaries at Haruna. We were able to host their first night in Japan at the dorm here. Meeting Paul and Stacey Herrington brings back memories of thirty-two years ago, except that we had a three year old and a one year old. Their commitment to the work in Haruna is for two years, but I pray that they will become long term missionaries.

One thing has impressed me at all of the five congregations we have worshiped with. If not once, then twice during the meeting they have mentioned Park Avenue in their prayers. They are appreciative of your sending us and have made that known to the Father. Josephine and I are also thankful for the opportunity you give to us to be here. We pray that God is glorified and his faithful here are strengthened.

As a side note, we have experienced two very minor earthquakes and narrowly missed a typhoon. But the weather has been unseasonable cool for which we are very thankful.