As We See Fit? 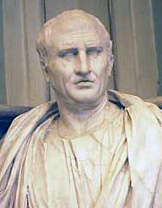 “There is nothing so ridiculous but some philosopher has said it” (Cicero, De Devinatione, II, 1191).  But compared to the politicians, the philosophers are the wisest of men.  It is no surprise, of course, to hear the politicians, Republicans and Democrats, conservatives and liberals, spout nonsense.  It’s what they do.  It’s who they are.  It’s in their DNA.

In signing hate-crime legislation recently, the President envisioned a country in which “we’re all free to live and love as we see fit.”  Take a moment to let that sink in.  The adulterer who destroys marriages, families, and lives is no doubt “loving” as he sees fit.  So, too, the pedophile.

So what’s the alternative?  How about living as God would have us live?  He has not left us clueless, you know.  His word instructs:  “All scripture is given by inspiration of God, and is profitable for doctrine, for reproof, for correction, for instruction in righteousness” (II Timothy 3:16).

But now I’ve done it.  I’ve introduced the “G” word, and in the corridors of power that word is not well received.  That should hardly prove surprising, of course, for many who walk the corridors of power in business, and in the arts, and in academia, and most dramatically of all in politics have no room for God, for they recognize only themselves as deity.  They are, you see, living their lives as they see fit.

Will any of this change?  Most assuredly not, not until God in the flesh returns.  For living as he see fit has always been the way of man, ever since Eden.  And all that is wrong with the world is derived therefrom.