On 19 January a preachers and missionaries’ meeting was held at the Yokota Church of Christ. 12 of us attended the meeting. 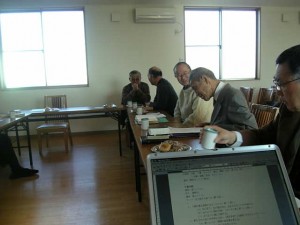 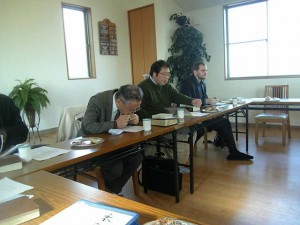 A new missionary couple came to Japan in July 2009. 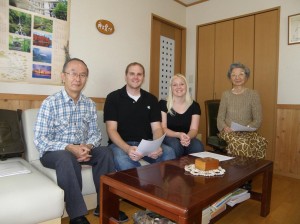 Although they have been staying in Japan for such a short time, Paul is already fluent in Japanese. He is extremely sharp and very spiritual. Paul was a technician for ear hearing aids. Stacey worked for hospital. Although they had a very good job, they gave them up to serve for the Lord in Japan.

They plan to stay in Haruna for at least two years. Paul said, “All is in the hand of Lord.” Please pray for them that Lord will give them strength and wisdom to reach out to Japanese people. You may read their blog here.