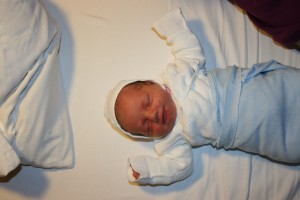 Elena Louisa when she was only a few days old

In the month of December we had two new births in our congregation. Our son, Ilja, was born on December 3 and Regina gave birth to Elena Louisa on December 17. Andrea is still pregnant in her 6th month and is expected to give birth by March. There is no doubt that these babies will shape our future ministry. I see in these children new opportunities to reach out. A new generation is growing up and this generation of children who will grow up in the church will probably be more than half a dozen children with less than five years of difference in age. We will be looking forward to starting in the next two years again a children’s Bible class which we have not had for a year or two. I believe that through our children, we will also find opportunities to minister to other children their age and to their parents. The next few years will bring new challenges and new opportunities for growth through a different kind of outreach. Before we can start with our children’s ministry, we are working on expanding other areas of outreach.

In my series on “Serving” this fall, I finished the series by making some suggestions on how to reach out to the community and invited the congregation to talk about these suggestions asking them also to bring their ideas to the table. On Wednesday evening of December 16, 23 and 30, we discussed on how we could have more impact on people around us in 2010. The first idea that I wanted to bring across was that we needed to start planning regular weekly, monthly and/or yearly activities. We should try to invite the same people to come every year to gatherings like for example our traditional Knusperfestli in December (where we sit around tables and eat peanuts, chocolate, cakes, oranges, etc.) or the yearly grill party in summer as a new activity. That will help that we stay in touch with people around us.

My second idea was that we start with just a few new ideas and expand them year by year over the next few years. At the end of 2010 we would need to think on how to improve our activities and expand our outreach in new ways. We agreed to work on our outreach in the following ways: We will continue with our Knusperfestli in December, but we will be preparing the members more to think about inviting people. We set the Knusperfestli for December 4 so members know far in advance for which day they can invite people. We will also design invitations which can be passed out to friends. This same idea we will apply to the grill party that we will have for the first time on July 3 2010. We will work in groups on some kind of program for these two evenings. Another suggestion that came from the members was that we start an exercise class for which we can invite outsiders. The White Station Church in Memphis has such an exercise program. If and when it will start, still has to be decided.

Christine Schwertfeger Leaves us to Live and Work in Bern

We reached Christine in 2003 through an advertisement in the newspaper where we offered a home bible study. Christine came regularly and my parents and I had some good Bible studies with her. In 2004 she was added to the church, but in 2006 she moved to another part of Switzerland far away from the congregation and from her teenage children that are already over 16 years old. A year later she returned to Thun, but after one year living near Thun, she decided that she needed to move to Bern. We are glad that she decided to join the Church of Christ in Bern and hope that she will be able to settle down there. 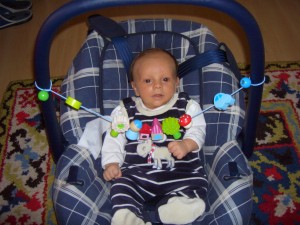 Ilja is doing fine except that he almost always rests his head on the left side which causes the head to be shaped uneven. We were told to speak with him from the right side so he will turn his head towards that side more often. Regina gave birth to Elena Louisa on December 17. At first the baby, who was born 2 weeks early, did not gain much weight, but in recent weeks she has been improving. Elfriede, 81, has been in the hospital where one and a half litres of water where taken out of her body. Her kidney has note been working properly. She also has had a high level of sugar in her blood. She has not been doing well over the last few weeks.

Any Funds Can Be Sent to Our Overseeing Congregation: