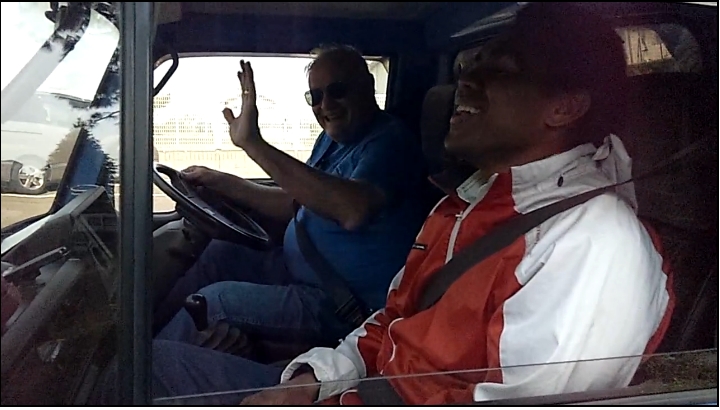 It has been a while since I reported on what’s going on in the disaster area. I have been very busy. I just came back from a trip to Sendai. It was rather depressing, but a joy to see the church is working in that area. Joel Osborne took a group of 13 up to work for 9 days. I borrowed a truck and we filled it with all kinds of things. Niumaia Mataraki from Fiji and I drove up later the first day, 4/29. We spent one night and came back the next day.

The road was not too bad, but many places are still quite bumpy. The speed limit is now 80 km and some places 50. It normally is 100. On the way there, we hit Golden Week traffic. Many people get from April 29th to May 5th off, so they travel to their home towns. Many times traffic was stopped on the expressway. 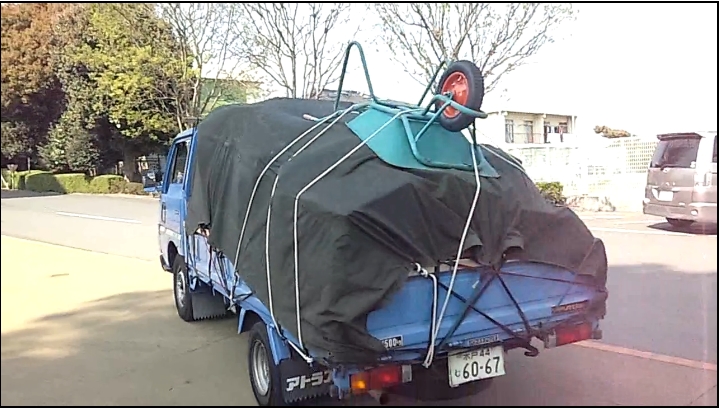 If you have a pass for cars or trucks going to take things to the disaster area, you can go for free. It would have cost us about $75 one way. That means $150 more food can be bought for each trip. The man at our city office was a real stickler, wanting a letter from some official government agency, so we went to Mito City to apply, where it is much easier.

Joel reports that they were working on cleaning up a park. Before they were finished, some children had already started using it. They also passed out a lot of food and other things. The people were especially appreciative of the fresh foods. Many people bring packaged food and that is good for a while, but fresh things are great. Also, there is still no electricity or water in some areas. The evacuation centers are still full and some people are living in the second floor of their houses, as the first floor is still uninhabitable, often two families to a house. I saw many areas where nothing was left. Only mud and debris several feet deep. During the long Golden Week, many Japanese and foreign workers and teachers are going to work in this area to help clean up. That’s one reason for the many cars on the road.

I was asked by the church disaster relief committee to purchase a truck for taking things to that area. I found a 2 ton truck for about $7,500 dollars. We should take possession of it next week and start using it to take more things. It will be easier to get passes for the expressway and get into areas to give out the food and other things. Since many people lost their cars, bicycles are a good gift. Church groups have taken more than a hundred up and can do more with the truck at our disposal. The truck I have been borrowing has a gasoline engine and gas is about $7 a gallon, whereas the one we bought is diesel which costs about $6.15 a gallon. It should also get better mileage. We hope to sell it after we finish with it and get back most of the money. Renting would be expensive.

I asked you to pray for one of our members last time. On April 21, brother Uemori passed on. He received a very bad kind of leukemia at birth from his mother. It doesn’t show up until later in life, but is very fast acting. He is survived by his wife, Atsuko who is unable to walk because of severe arthritis. He died one day before his 58th birthday. Keep his wife in your prayers as she cannot take care of herself.

I want to thank all of you who have sent money to Park Avenue church in Memphis, or directly to us. It is hard to know how much money will be needed to help those affected. The Japanese government is doing a lot, but it also knows that it will take more. The people helped by the church are very appreciative, but again, how long will that last? There are people who need help now and it is to those we are directing what we have. The whole picture is very dim. You can’t imagine how much destruction there is. The Japanese live in houses built very close together. In this area, it is difficult to find where your house is, as most have been moved and crushed to splinters. The workers are often crying by the end of the day, listening to the stories. Keep us all before the Lord.