This morning while sifting through emails and FaceBook entries I was drawn to some pictures posted by a brother in Japan.  Two images struck me.

The first is that of a car perched on the top of what used to be a three story apartment building.  How do you suppose it got there?  Was the water that high?  How are they going to get it down?  Is the apartment usable?  Another indication of the massive power of the tsunami and of the utter devastation it caused in a very short while. 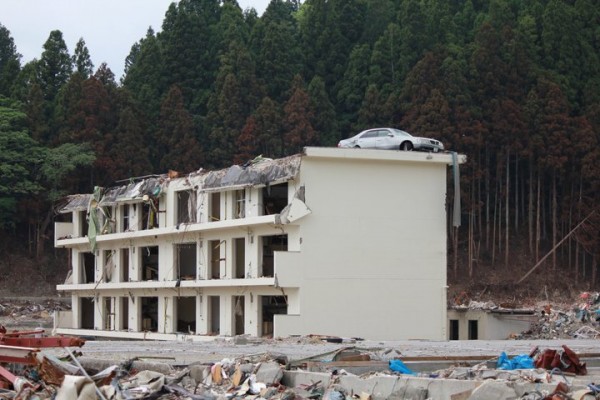 How did it get there? How will it come down?

The second was a poster on a bulletin board.  I don’t know where it was, but probably at an official place for the city government.  It is an attempt to encourage the people in spite of the massive nature of the destruction.  It reads: “Stand Firm! Joining forces, one step at a time.  Minami Sanriku Town.” 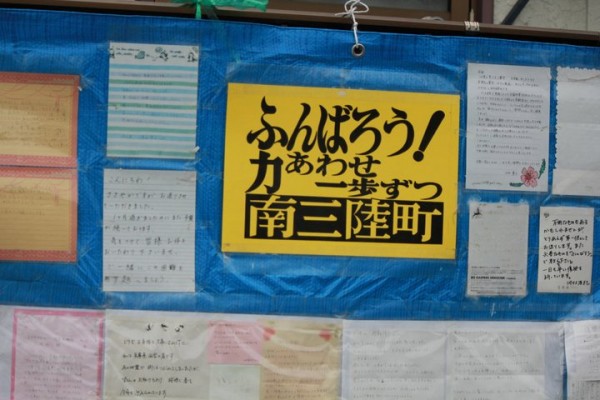 Thanks to all who have given, who are praying, and for those close at hand who are involved in the relief effort.