Dwight
July 23, 2011
Editor: This is a portion of the July Report from the minister of the Mito church of Christ, Ibaraki Prefecture. 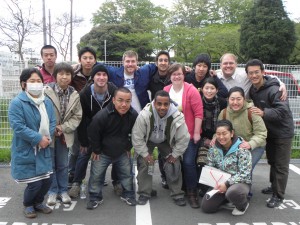 Four months have passed since the earthquake and tsunami hit eastern Japan on March 11. I think our whole nation is still in turmoil, trying to recover from the disaster. While our situation in Mito is better and the progress toward restoration is being made, the nation of Japan as a whole is experiencing a turbulent time.

Churches in Japan are generally very small, and it was hard for us to even imagine where to start the relief project. Then God opened the door gradually, and the East Japan Relief Committee was established. The relief teams have been formed, and the support system including members of other congregations was established. Three part-time workers were selected from among the Mito Church’s young adults. They are working side-by-side with Joel, missionary of Mito Church. 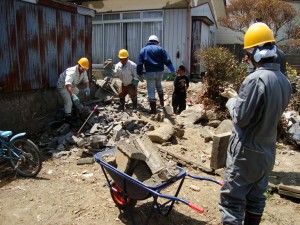 There’s a huge need for various kinds of work: cleaning up inside houses, removing rubble, cleaning gutters which are filled with mud, cooking meals for 500 people…. Not only that, but we also require many important skills such as the ability to cope under pressure, solve problems, make effective and quick decisions, work as a team, manage people efficiently, etc. 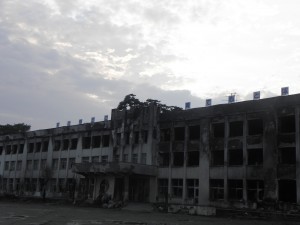 Kadonowaki Elementary School in Ishinomaki. Cars were washed away by the tsunami and then gasoline leakage caused fire. Continued burning for three days. Somehow this reminded me of the cross.

It seems that rebuilding houses and towns will require many years. It is still hard to imagine how those cities and towns could be restored, not to mention the rebuilding of lives. There will be a great need for counselors and spiritual encouragement. In the midst of these challenges, God has been giving us many opportunities to connect with non-Christian people.

I am so thankful that you have been praying for Japan and for us Christians while our team is in the disaster area almost every week. I am also thankful that God’s people around the world have given generously. Our ultimate goal is to see God glorified as we continue the relief work. Please pray for the mission leaders in Japan, who find ourselves all of a sudden involved in relief work which we are not accustomed to. 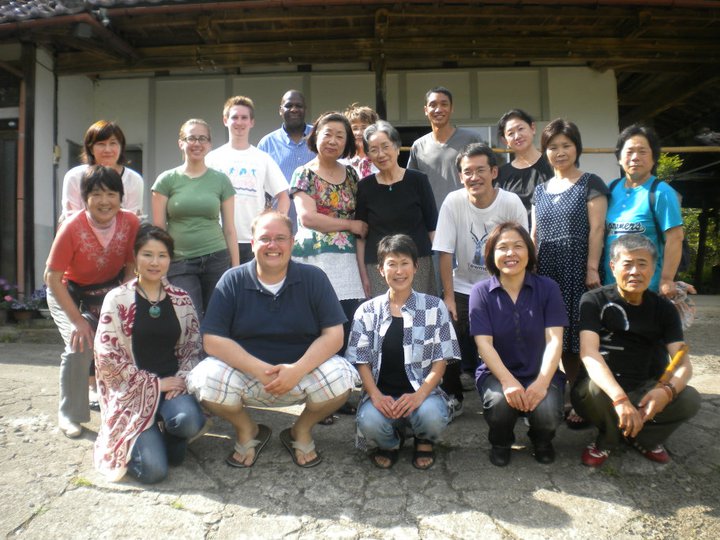 I was able to join with the relief team at the end of June. This is a picture with the team and the people we met in Sendai.