Australian Adventure: Our flight from Tokyo to Sydney took about ten hours and was at night. It can be difficult to sleep sitting up, but we were able to get in some good naps. While the flight was almost as long as from Atlanta to Tokyo, we only lost one hour, but two seasons. We went from a very warm beginning of fall in Japan to a cool beginning of spring in Australia. 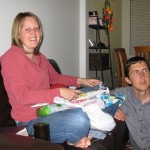 We took the hour and a half train ride from the airport to Unanderra, a suburb just south of Wollongong. Jason was at the station to pick us up. Their house is a little over a mile from the station. The train system in Australia is great, but nothing compared to the trains in densely packed Tokyo.

Our purpose for going was to visit Jason and Nicole Whaley whom we have known since before their marriage while they were in Japan. After marrying and leaving Japan they came to Memphis to attend the Harding Graduate School as it was known then, now the Harding School of Theology. Jason and Nicole endeared themselves to the Park Avenue church family. Our trip was a way to learn about their work and encourage them. We also enjoyed meeting their children and acting as surrogate grandparents.

After settling in at their home, Jason took us to tour the city a bit and then to the Port Kembla Community Center. This is where Jason and several other men have a regular Bible study called Port Parables. We met several of Jason’s friends and Dwight also conducted a brief impromptu class based on one of the lectures he had given at the Japan School of Evangelism. 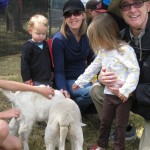 Wednesday we went to a community festival at a park. Jason had helped gather vegetables for the wraps they were giving away for lunch. They were pretty tasty. The children enjoyed a petting zoo, face painting, a fire engine, and other fun activities. It was a bright sunny spring day. 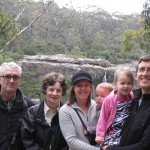 Whaleys and Albrights at Carrington Falls

On Thursday we got a taste of nature as we went to Carrington Falls. It was a nice hike and beautiful scenery. There were so many species of flowers and birds that are not in North America. We had lunch at a restaurant specializing in meat pies, Robertson Pie Shop. Delicious. 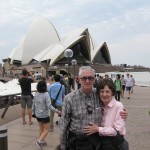 Friday Jason took us to Sydney to visit the Barracks Museum. The odd thing was everything was in English! We learned a great deal about the history of the settlement of Sydney beginning in 1788. Built in 1819, the barracks was for convicts sentenced to labor in Sydney. We also got to see other sites in Sydney including the outside of the Sydney Opera House.

Then on Saturday we visited the Wollongong Botanic Gardens. There was a special festival that day with entertainment, exhibits, and many vendors. We were able to walk through the garden to see the various plants native and imported to the area. There was a large crowd of people and we met many of the Whaley’s friends there. 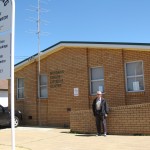 Windang Senior Citizens Center where the congregation gathers to worship

We worshiped Sunday with the Windang congregation which meets in the Windang Senior Citizens Center. They do not have a regular minister, but the Sunday we were there a minister from the Sydney area came to share the sermon and teach the class. There was about eighteen in attendance. Between worship and the Bible class there was time for fellowship and tea/coffee. It was very interesting to meet the members and learn a bit about the work they have done in the area.

That evening two men from the Port Kembla Community Center came over for worship and to share a meal. We sang songs and shared our thoughts about them. We also had communion together.

Monday we said our good-byes to Jason, Nicole, and the children. But after breakfast and before we left we had a good time of sharing and prayer together. We were very impressed with their openness to sharing their faith with the people they meet and their desire to be light to the Wollongong community. 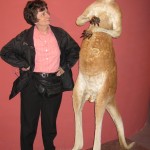 Since our flight back to Tokyo started early Tuesday morning, we decided to overnight in Sydney rather than get up very early Tuesday to travel there. On Monday Josephine and Dwight headed into Sydney via train. After settling our things into the hotel, we headed to the Australian Museum, the oldest museum in Sydney. It had a good explanation of the original people’s in Australia as well as an excellent display of the flora and fauna of the area.

Jason, Nicole, and their family were wonderful hosts. They are interacting with people and sowing the seed of God’s gracious message. We were richly blessed by our time together. You may read more about their work in Wollongong and their family at these sites: Jason’s site, Family site.