I hope this finds you well and happy.  We are doing OK, now.  It is winter and cold here in Tomobe.  It snowed last week about a foot and it is still on the ground in the shady areas.  I, Marlin, have been down because of the irregular heart beat.  Because I am down, I have not written the Tomobe News for a long time.  I wish to apologize.  I have done a little on Facebook, but not much.  I’m also very far behind in answering my e-mail.  I will try to do better.  My heartbeat has leveled off after the third surgery or procedure.  It is difficult to be active.  I have been preaching and teaching my classes, but that is about all.  I went to winter camp, but could only be there to give advice or tell others what to do.  I hope to get back into things soon.  My medicine has been worked out fairly well, but I still get tired doing things.

In the past year, the church here has grown by 4 members and 3 others have started attending.  We had one baptism, Shigeyuki Hirosawa, the father of Toru, who is studying at OC now.  Toru has changed his major from Bible to Music.  This was a disappointment, but he is still young and I still hope he will become a preacher someday.  Yasuki Nishimura is still studying at the Japanese School of Evangelism.  I hope he will be able to take my preaching position at Tomobe.  This may be in 2 or 3 years.  Please pray for him.  I will be 70 years old in Feb.

Jean and I are teaching about 20 children in the School of Life English classes and 30 in the adult classes.  Some of these are very close to understanding what it is to be a Christian.  Making that decision is not easy in Japan.  I hope you will continue to pray for these people.  One young lady is attending worship every week and is working with the church here in many ways.  She told me the other day that she thinks she will soon be baptized.  Her name is Naoe.  Please pray for her.

There are so many good things happening.  God answered our prayers about the 1st grade son of one of our members, Jun Yamauchi.  He was hit by a car and was not expected to live.  His head was cracked opened and he looked very bad, but in a few weeks, he was fine.  He has come to worship several times.  He still has to be watched, but has a much better prognosis than before.

We have been to Iwaki several times, taking things needed and looking into the water company we are helping.  It seems to be doing quite well.  The Christian Relief Fund has been paying for the bottled water for several schools.  We are also providing water to several individuals through another group in Iwaki.

Iwaki is about 80 to 100 miles north of here.  It takes about 2 hours by expressway.  One of our new members came from the work we were doing, brother Ono.  He moved to this area and started worshiping with the Tomobe church.  I first met him in Iwaki at a housing area for tsunami victims.  He has been coming almost every Sunday.  A lady and her little girl also started coming sometimes.  She moved away from Iwaki, but still a little far from us, but wants to worship with us.  She is a friend of one of a person we helped in Iwaki.

Life is getting back to normal in Iwaki for many businesses, but hundreds of thousands still live in temporary housing.  They can’t move back to the land they came from as it is designated as unsuitable to live on by radiation or too low and near the ocean.  Many have moved out to different areas of Japan, but others just don’t know what to do.  When you are in your 60’s or 70’s it is hard to try to restart.  Also, many have lost their children and the future seems so bleak.  There are many groups there counseling, but most of the groups are government sponsored and the people don’t trust them to give good counsel.  The Christian groups are there to listen, mostly.  The government groups are there to tell them what to do.  The government says the water is good to drink, but some scientists say it is not.  There is still much work to do. 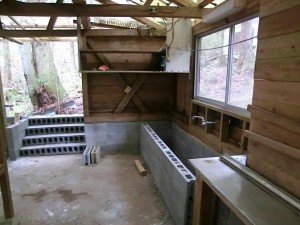 We are going to start building a new kitchen at camp this year.  I don’t know how far we can go before summer camp, but if I can build up my stamina, I will direct the work.  We need prayers for the camp as there are not enough workers.

Keep praying for us as there is so much work to be done and so few workers.  We appreciate all you do for us and your prayers on our behalf.  I hope to get back into the swing of things and start putting out the Tomobe News more often.