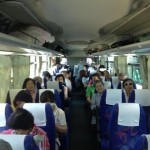 We have completed four weeks of this ten week trip. The past two weeks involved one of the highlights of the trip, the Ochanomizu Bible Camp. When we use the word “camp” here, don’t think of tent or small rustic cabins. Rather think of a nice hotel perched between Mt. Fuji and the Suruga Bay with great meals. 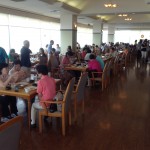 This year’s camp was attended by sixty people and its theme was evangelism. Yoshiya Noguchi spoke from Mark 5:1-20 about the healing of the demon possessed man. He wanted to go with Jesus to the other side of the lake. But Jesus did not let him. Rather he told him, “Go home to your family and tell them how much the Lord has done for you, and how he has had mercy on you.” (Mark 5:19) There is the essence of evangelism, simply telling what the Lord has done for us. 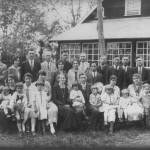 Then Tadayoshi Aikawa gave us a history lesson about two brothers who gave a lot for missions in Japan – George Pepperdine and Robert King. Pepperdine founded the Western Auto stores and used his wealth to help fund many projects and people in Japan. He visited Japan in 1928 and met with the missionaries in Hitachi Ota. 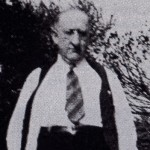 Robert King, on the other hand, was a postal carrier and served as an elder with a Nashville church for forty years. He never traveled outside of the states, but did have a keen interest in foreign missions. He corresponded with missionaries and gave as he could. He also entertained visiting missionaries. Barney Morehead, a missionary to Japan in the late 1920’s, used funds from King to start the King Bible School in Hitachi Ota to train ministers. With the advent of WWII, the school stopped but was the forerunner of training schools after it. 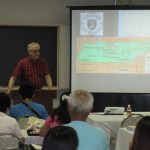 On the second day of the camp, I spoke on why we came to Japan. The reasons go back a generation or two before us as our parents and grandparents played a part in pointing us in the direction of mission work. 1 Peter was written to those who were persecuted or maligned for their beliefs. Using it as a backdrop, I made the point that even though our faith may be maligned, we must “always be prepared to give an answer to everyone who asks [us] to give the reason for the hope [we] have. But do this with gentleness and respect.” (1 Peter 3:15b) Though we live among people who do not believe, we are still to be a blessing to those around us so that even if “they accuse [us] of doing wrong, they may see [our] good deeds and glorify God on the day he visits us.” (1 Peter 2:12). 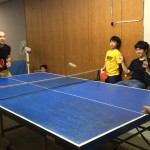 But camp is not all study. We had wonderful times of fellowship and activities together. This year the weather did not cooperate as it was rainy and overcast most of the time. But Mt. Fuji did appear on our last day together. On that day we went to Numazu and worshiped with that congregation. Tomoyuki Shinozaki, minister for that congregation, spoke from John 15 about being attached to the “Vine” so we can bring forth fruit. This was another opportunity to visit with folks we have known for many years. One brother died in the past year who was a key leader in the congregation and a wonderful encouragement to us. We give thanks for his years of ministry.

After camp activities we mainly studied and did preparation for classes. Naoyoshi Fukushima, minister for the Tachikawa congregation in whose dorm we are staying, has checked my Japanese slides. This is a big help so that if what I say is not very understandable at least they can read what I intend to say. 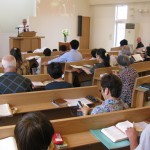 Our fourth Sunday was spent with the Omika congregation. This congregation started out on the campus of the Ibaraki Christian University. As the university came more and more under the administration of non-Christians, there was a push to have the church meet off campus. They now have a meeting place about a twenty minute walk from the university and continue to evangelize on campus.

Hideki Ataka is the minister, but will be retiring at the end of September. The congregation is now seeking a full time minister to replace him. He is from Kodaira which is a part of Tokyo. When in college he met someone who believed in God. He could not believe someone believed in God and was amazed. This peaked his interest, and he began attending a Bible class and eventually became a Christian. He was also a missionary in New Guinea from two years before his marriage.

The elders of the Omika congregation asked that I share a part of the lesson I’m giving on baptism for JSE. Rather than taking from that lesson, I spoke from Acts 8:26-40 concerning the Ethiopian eunuch’s baptism. Philip, using part of Isaiah 53, “told him the good news about Jesus.” Part of that “good news about Jesus involved baptism because the eunuch asks about baptism when he spots water. He was baptized and went on his way rejoicing. Baptism is God’s work in response to our faith and request for his mercy (1 Peter 3:20-21). 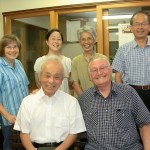 Since our last report the Tomobe congregation has added a brother to God’s kingdom. Takeshi Nishimura (front left) was baptized August 22. We rejoice with the Tomobe church and with Marlin and Jean Ray who minister there.

We began our fifth week yesterday (September 2) by celebrating my 65th birthday. In a few days we will celebrate our 44th wedding anniversary. God has been good, but has treated us as sons and daughters through the years (Hebrews 12:4-11). We give thanks for the opportunity to minister both here and in Memphis. Thank you for your part in making that happen.    — Dwight 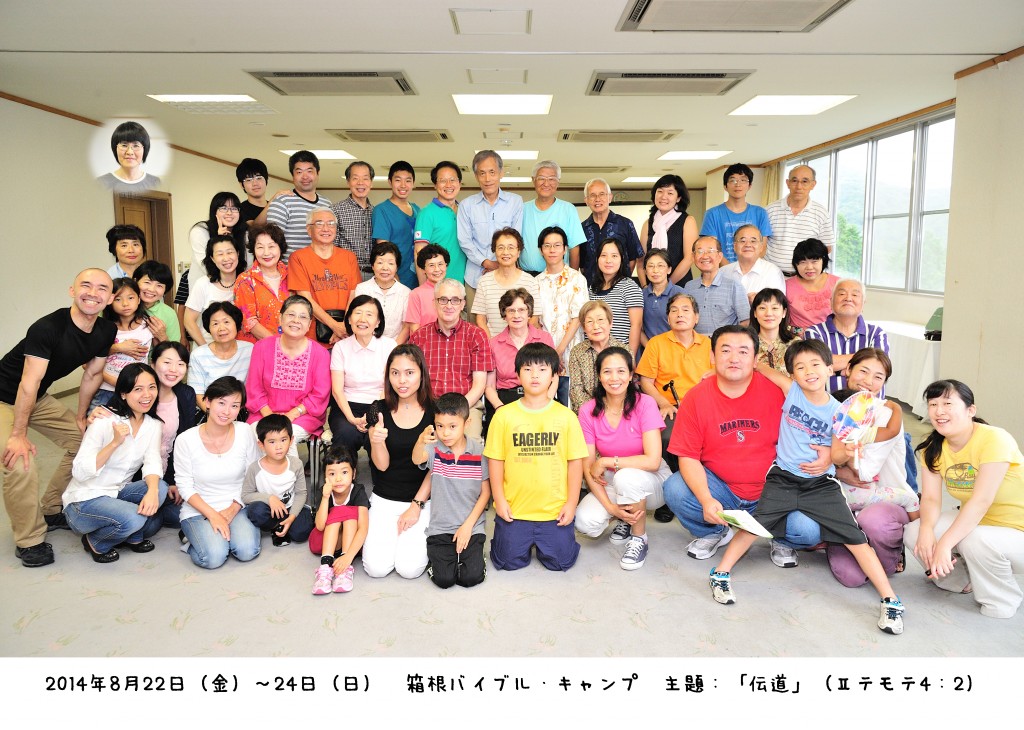