Park Avenue has an onsite worship assembly, in compliance with Memphis and Shelby County COVID-19 regulations.

The assembly will need to be limited in participants during this initial phase-in period. In order to plan for this, we are asking for advance registrations (each week). This registration is for the upcoming Sunday only.

Courageous: Study of the Book of Daniel 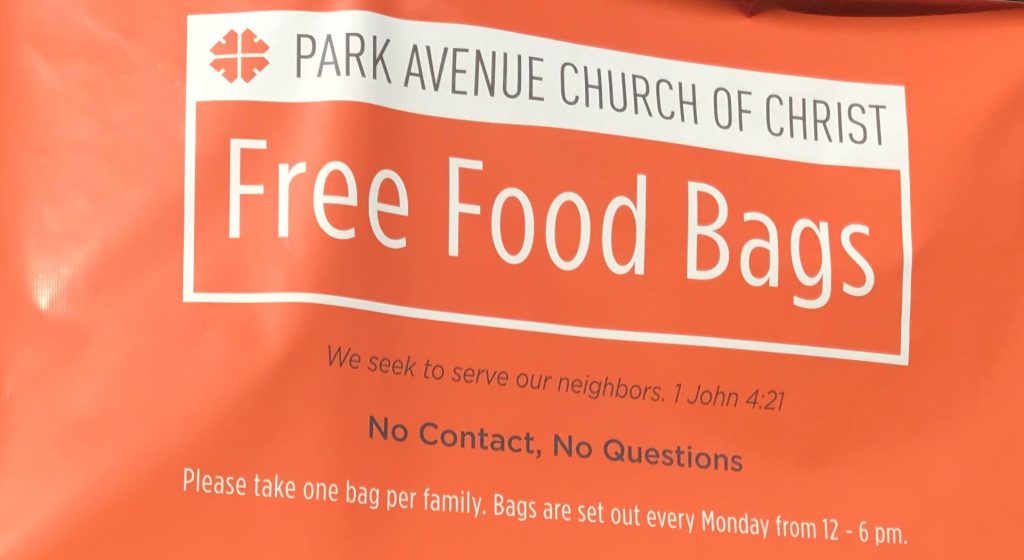 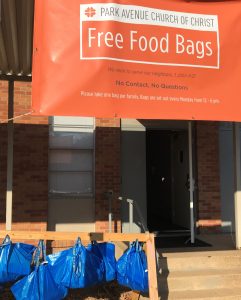 Bags waiting for someone to get them.

The Food Bag Ministry is ongoing.  We will continue to accept monetary donations. Food bags are available at the back of the education building on the Welchshire side from Noon-6:00 pm every Monday (see picture at left). If you know of a family in need, please feel free to come by and pick up a bag and deliver it.

We thought you would like to see a glimpse of the Food Bag Ministry at work.   Thanks to those who volunteered to help fill bags this past Sunday (Dec 6) and to Trish Brownlee and Lindsay Lamport for their vision and work in helping all of us to reach out to our neighbors.

The Park Avenue church family provided 200 bags of school supplies which will be picked up the week of August 24 by the students os Sea Isle Elementary. Each bag had pens, pencils, notebooks, markers, etc. along with a card welcoming the students back to school. Thanks for your help with this. And thanks goes to Trish Brownlee and Lindsay Lamport for organizing this effort. 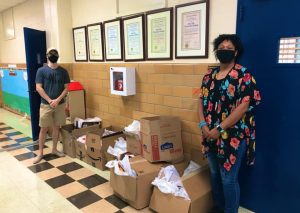 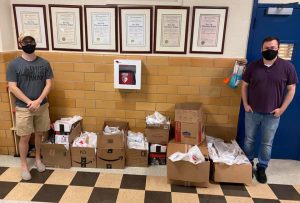 Michael Lamport and Frank Bolling dropped off the supplies on August 17. 200 bags of various school supplies. 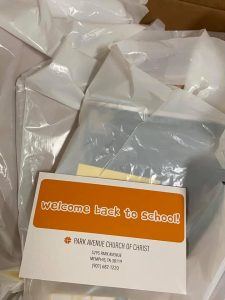 We are very aware of the announcements and recommendations being made in an effort to minimize the spreading of covid-19. We are also aware that with all the attention given to this virus, our anxiety and worry increases. In light of all the increased and warranted concerns, we have implemented some changes to lessen the possibility of any of us getting sick.

This past Tuesday, September 10, marked the halfway point of this trip. Over the past five weeks, we have worshiped with six congregations from as far north as Hachinohe, Aomori, and as far southwest as Kojima, Okayama. Most of the time in between has been dedicated to studying and lesson preparation. We were asked to cover three Sundays at Tachikawa at the end of the trip so our usual schedule of travel was moved to the first part of the trip. 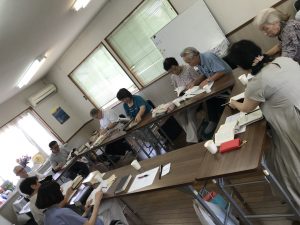 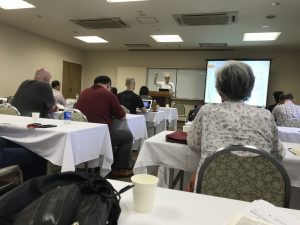 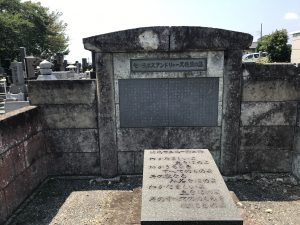 On the last day of camp, we worshiped with the Numazu church. This has become a tradition at the end of camp. It is a great time to encourage that congregation and to renew friendships. Following worship brother and sister Takahashi took us to see the gravesite of Sarah Andrews. She worked as a missionary in Japan from 1916 to 1961. The gravesite has deteriorated over the past 70 years. I was investigating for her nephew who wanted to help restore the site. 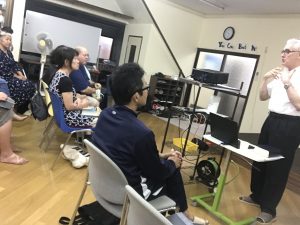 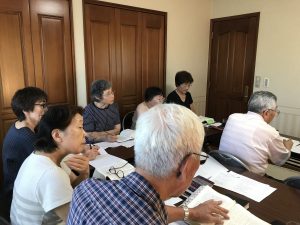 This small congregation meets in an upper room of the home of one of the members. We squeeze twelve into a small room for worship. We were with them for two days and I spoke three times.

Leaders Eat Last is the book I have been reading recently. Its author is Simon Sinek. Last year I read his another book, Start With Why. Leaders Eat Last is about leadership as the title indicates, but it is more like his observation on what is happening in the US in relation to leadership. It is actually a great book for me to read and helps me understand many aspects of leadership.

Japanese preachers should also read this book although the author’s stories are all American.

I try to read a book every other month. That’s only what I can afford, but it is a good investment for me.

The year 2018 was a very exciting one for all the members of the Japanese congregation. We had an area-wide joint worship service at Yokota Church of Christ. Bro. Hara, a member of the Yokota Church spoke on how he became a Christian. As he told his stories from his childhood to the present, he was choked up a little bit. Some of the people in the audience were choked up too. It was a dramatic event for all of us. (see pictures below)

In 2019, we have a new plan. I would like us to buy a video camera. The purchase of the video camera is to record basic lessons with visual aids. In these lessons, I will speak specifically to reach out to members’ friends who would like to come to our assembly but are a little hesitant to come. Also, some of the members have to work when we have a bible study, so they cannot come to the study. They can watch the videos in the internet too. 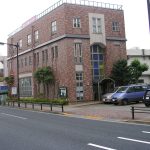 Office, classroom, and library for JSE and Meeting place for the Tachikawa Church of Christ 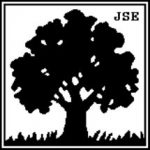 The Tachikawa building has a library, classrooms, main office, and dorm rooms which are available for the students. Besides the regular academic studies, a weekly chapel time and lunch together are some of the weekly activities at JSE.   The courses offered at JSE are designed to provide students with a good foundation of Bible knowledge, biblical tools, and useful skills for preaching and teaching, as well as some practical experience as they visit area churches and hear lectures from brotherhood speakers. 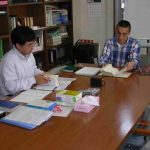 Classes on the Bible, ministry, and related subjects

The strong emphasis is laid on a proper understanding of the Restoration Movement, which explores the unique roots of the churches of Christ and helps focus on our identity as New Testament Christians. JSE seeks to train students in the skills they will need to carry the Good News of Jesus Christ to many in Japan. We are thankful for the many prayers and efforts made to provide a good Christian education. 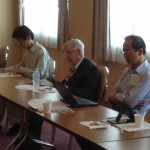 Dr. Lewis sharing a lesson at a JSE teachers’ meeting

Dr. Jack P. Lewis served as honorary dean for the school from its inception in 1989. Through the years he has been a source of encouragement and support as well as giving special lecture series. Many of the faculty are his students and his influence continues to be felt through them.

What is God trying to transform in me? In this small group study, we will seek to discover what fruit the Spirit is trying to produce in the life of Christians. We will unearth the obstacles that stand in the way of producing this fruit and how we can work with the Spirit to become what God wants us to be. In this small group we will challenge each other to grow in each fruit and report how we are growing, both in our successes and shortcomings. Hope you will come and grow with one of our small groups.