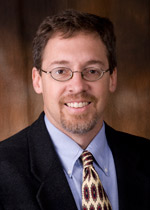 Dr. Lee Camp will present the West Lectures on  the campus of the Harding University Graduate School of Religion,  on Thursday, October 29th, at 7:00 PM.  This series is presented by the student association of HUGSR, and it honors the work of the school’s founding dean.  It brings thinkers from within the Restoration Movement to speak on academic subjects.

7:00 Lecture:  Western Liberalism as the Anti-Community, An Assessment of a Muslim Critique (Talad Asad)

8:00 Lecture:  Western Liberalism as the Anti-Community, An Assessment of a Christian Critique (William T. Cavanaugh) 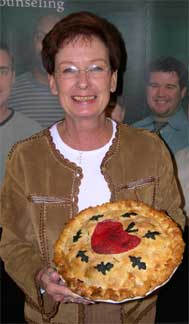 The Associated Women for Harding will host their annual Soup & Chili Supper and Pie Auction on Saturday, October 24, at 9:00 PM at the White Station Church of Christ.  Proceeds go to provide scholarships for students at Harding University Graduate School of Religion.  Tickets are $10 per person and will be available at the door, or see Brenda Curtis for tickets.

Dr. James Hoffmeier, Professor of Archaeology at Trinity International University, will speak at Harding University Graduate School of Religion on Thursday, October 15, at 7:00 PM.  He will be presenting an illustrated lecture entitled, “The Exodus from Egypt in Light of Recent Archaeology Work in Sinai.” This is free to the public, and it will be held in the Hospitality Room on the campus of HUGSR.

For some reason, we didn’t get this posted on the site (until now).  From Mike White, via email:

The cook-out for incoming Harding students will be this Saturday, August 22nd.  There is a frisbee game at 3:30 PM with a meal at 5:30 PM.  Flyers have been distributed to the students and once again they anticipate this annual event.

Plan on coming and meeting the new students and welcoming them to Memphis.  The cook-out will be in the courtyard of the student apartments at 1000 Cherry Road.

If you would like to offer your assistance, you can contact Joseph and Laura Kelly through this email or by calling them at (610) 937-5830.

And from Joseph Kelly via email:

For the HUGSR cookout this weekend we could use volunteers for the following items:

If you are willing to bring any of these items, please email me at joseph.r.kelly@gmail.com and let me know what you can bring. I want to make sure that we don’t end up with 15 crock pots of baked beans.

Thanks for your help. Laura and I appreciated the event last year. I am sure that the students will appreciate it this year as well!

Another update from Joseph:

You may bring your baked goodies to the church building on Friday. Vivian Ryan will be at the building at 5:30pm putting together the baskets and dividing the baked goods up. There will be 11 baskets, but if there are enough baked goods, we will share them with all the HUGSR students.

If you want to provide baked goodies but won’t have time until Saturday to do some baking, feel free to add your goodies to the bags when you arrive on Saturday. It might be best to show up just a few minutes early (5:15).

So far I have volunteers for:

If you plan to bring something, let me know by sending me a quick note. joseph.r.kelly@gmail.com

The Transforming Word: A One-Volume Commentary on the Bible from ACU Press 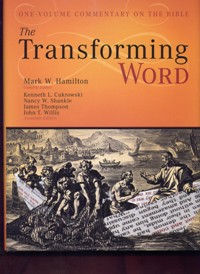 Fifty three contributors worked over seven years to produce this monumental work.  In one volume, there are over 1100 pages of in-depth commentary.  All 66 books of the Bible are explored.

Some of the contributors include:  Alan Black, Phil McMillion, and Rick Oster

Brenda and Randy enjoy a meal with Dr. Phil and Dr. Huffard. 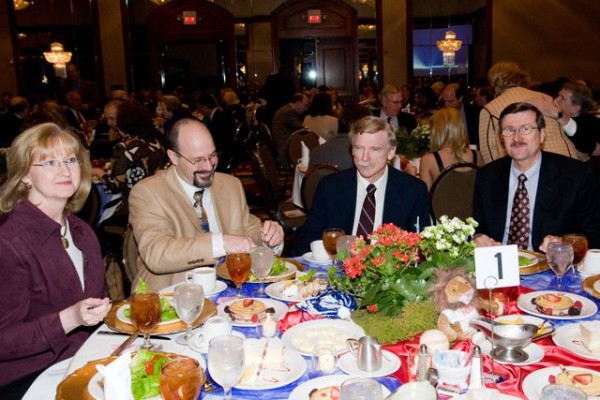 A promise is a pledge or an assurance that someone will do as he has said, or will keep his word.

The concept of promise is a powerful idea in both the Old and New Testaments.  The most important promises are those given by God to the people of faith.  These promises are meaningful because they show that God’s word is dependable.  The promise of God gives assurance that God will do what he says.

Even though promise is an important concept in the Old Testament, there is not one special term that is used to convey this idea.  The most common terms are simply “word,” “speech,” and “oath.”  The fact there is not one unique word for “promise” is significant.  When God speaks, or gives his word, that word is reliable.  God’s word is always trustworthy.  God does not have to employ some special type of speech to make his word dependable.  God is faithful to keep his promises simply because of who God is and because it is his nature to be truthful and honest.

When God speaks to Abraham in Genesis 12 and says, “I will make of you a great nation, and I will bless you,” God will be true to his word.  In Genesis 18:19, God says that he will indeed do what he has promised.  Genesis 17:16 states that God will give Sarah a son.  Genesis 21:1 shows that God visited Sarah and gave her a son exactly as he had promised.  In each case, when God gives his word, that is his promise, and he will keep it.

God’s promise to the patriarchs is also the basis for giving the promised land to Israel as in Exodus 12:25; 32:13.  The Book of Deuteronomy refers over and over to the promises that God made to the patriarchs as the basis for guiding the people into the land, defeating their enemies, and making them successful in the land.  Deuteronomy 6:3 affirms the promise that it will go well in the land.  In Deuteronomy 9:3-5, God confirms that he will defeat their enemies.  In Deuteronomy 15:6, God will bless them just as he had promised.  God’s promise sustained them through the wilderness and assured them that God would be with them in the new land.

Generations later when David was anointed to lead God’s people, he was also sustained by God’s promise.  In 2 Samuel 3:18-19, God promised that he would deliver the people by the hand of David.  In 2 Samuel 7:21, David confesses that he has been successful because God has kept his promise.

God also promised to be with Solomon and those who came after David in 1 Kings 2:24.  If they would remain faithful to the Lord, then God would honor his promise to them.  Psalm 18:2 states that God’s promise has proven true.  The people can reply on the Lord as their sheild and protection.  Psalm 119 contains many references to the promise of God.  In Psalm 119:41, God’s steadfast love and salvation are a part of God’s promise.  In verse 50, God’s promise gives life.

The prophets also contain references to God’s promise.  In Haggai 2:5, even after the return Exile, God still cares for the people because of the promise he made to the patriarchs.  Throughout the Old Testament, the promise of God shows Israel that the Lord cares for them,  and that God’s word is sure and certain.

In the New Testament, Paul in Romans 9:4 refers to the promises God made the patriarchs, but in 2 Corinthians 1:20 all those promises find their completion in Jesus Christ.  It is the work of Christ that confirms the promises made by God throughout the scriptures.  Hebrews 11:39 also shows Christ as the fulfillment of all the promises of God.

The promises in the Old Testament function like signpost that are constantly pointing to the future.  God does fulfill his promises, but they also point ahead to the fact that there is still more to come.  God is at work, but that work is not complete.  In Christ, God’s work reaches a new level of fulfillment, but even that is not the end.  Only when Christ returns, will the final promise be fulfilled.  When Christ comes again, then the promises will be brought to their final completion.  Revelation 21 gives a beautiful picture of the end of evil and suffering, and of the blessings that God has for those who are faithful to the end.  This is the fulfillment of all the promises that  God makes throughout scripture.

The promises to the patriarchs, to Moses, David, and the prophets, and apostles all come to their conclusion here.  God does show that he is faithful and turstworthy.  Throughout the Bible, God’s promises point ahead to God’s continuing work, and the fulfillment of those promises show that God is true to his word.

In the season of economic strains and uncertainty, you can imagine our appreciation for gift of generosity with which so many friends and alumni of  HUGSR continue to bless us with.  As the checks came in at the end of the year, we were so grateful to end 2008 within 6% of our goal.  While it leaves us with 56% of the goal ($197,008) to raise by the end of June, we can continue with confidence in the Lord to provide.

We deeply appreciate your partnership with us in blessing the lives of many people through missionaries, preachers, youth ministers, teachers, and counselors who study here each week.

We do all that we can on this end to use these gifts wisely.  Every student that recieves a scholarship grant goes through a process of application, evaluation by the Scholarship Committee and an annual evaluation.  We want all recipients of these funds to be academically strong with a great promise for ministry.  All but a handful also have major economic needs.  Without these scholarships they simply could not afford to be in school.  So, thank you for making it possible for a majority of our students to study the Word.

School began last week with a record of twenty-two new students and enrollment is good (over 180).  Please keep us in your prayers.  We have a very good Ministry Forum planned for March 19th from 3:00-8:30 p.m.  Please come and visit the campus that day.

Have a great new year.  Grace and peace,