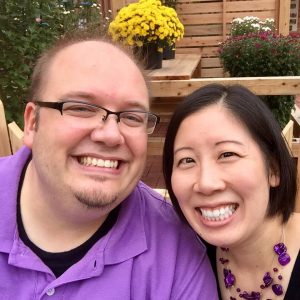 After that time some of the group returned to the states for further study and Joel worked in various mission points in Asia. Upon returning to Japan in 2009, Joel entered into a time of prayer and reflection as he considers future work in Japan. He began working with the Mito congregation in April 2010 focusing on discipleship and spiritual formation.

Joel and Kristin Hanaoka were married on November 22, 2015. Kristin is employed at Ibaraki Christian University as an English teacher. They became acquainted while she was an Assistant English Teacher for the Mito school system. They both are committed to ministry in Japan.