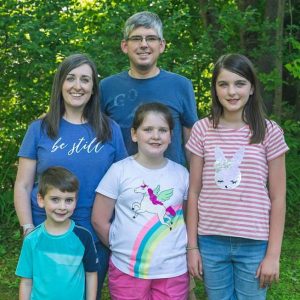 The Taylors are returning to Japan to work with the Matsudo church. They are excited to renew their ministry.

From 2010-11 Leslie worked with a child care facility in Kojima, Okayama (west of Osaka). Upon returning to the states they determined that they would like to return as missionaries. That goal was achieved in 2012.

While Leslie was in language school, they worshiped with the Matsudo church and ministered alongside  Steve and Debbie Carroll. They returned to the states in 2017 after completing a five-year commitment.

Both are graduates from Freed-Hardeman University. Sara’s home is in New Hampshire and Leslie’s is in Florida. They have two daughters and a son. Their overseeing and supporting congregation is the La Grange church of Christ in La Grange, Texas.